My music career began early in life. From the time i was a child i was drawn to music of all kinds. My father was a singer and my mother a music lover. I have always believed that there is something to that as far as environment and genetics go. I loved to hear my dad sing, and my mom had some kind of music playing around the house almost all the time. Growing up in Philadelphia we had great Radio. I was equally blessed to be the youngest of four children and my brother and two sisters all had very different musical tastes. I was not allowed to use their records or stereo’s so, as you can imagine, i was in trouble all the time for getting into their things. Especially their records.

Around age six my Grandfather gave me a guitar. It was an old black Epiphone hollow body with F holes cut in it. It was to big for me and it didn’t hold it’s tuning very well but it sounded great to me. So much so that i took it everywhere my folks would let me. I began to figure out my favorite songs ( i had a lot of the chords dead wrong ) and i was willing to perform for anyone who would listen.

I found myself listening and studying music from Sinatra to the Stones. Marvin Gaye to the Doors. Elton John to the Beatles. Loggins & Messina, Stevie Wonder, Eric Clapton, Ray Charles, Pink Floyd, Zeppelin, Steely Dan, Earth Wind & Fire, Sly and the Family Stone and a list that goes on and on and on.

At around age 10 I started my first band. It seemed as though when we played people stopped and listened. The audience feedback and energy was electric and I was fully charged with their energy and my passion for performing began to grow and grow as still does to this day.

During this journey I began to write my own songs and fell in love with recording and recoding production. In the years to follow i would travel the country playing with some of the finest musicians on the planet both live and in studio. They have inspired me to continue to play and write music by their un-wavering commitment to play from the heart and soul.

For me making organic music with great musicians for a live audience and in studio is my true “Happy Place”. I’ve been blessed with a passion for music and I try to deliver that passion every time I perform, for every audience.

I thank you for your interest in music by eli and hope to see you at one of my upcoming shows. 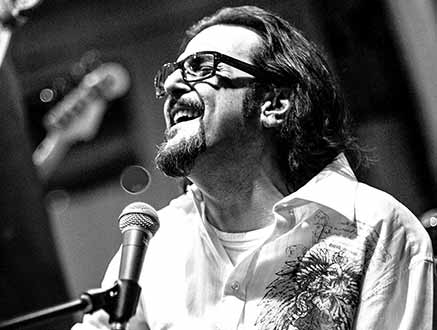